In recent months, I cannot think of any Indian restaurant that has distressed me as much as Shangri-La in Bethesda.

How this unworthy Indian restaurant continues to exist is a mystery known but to God! 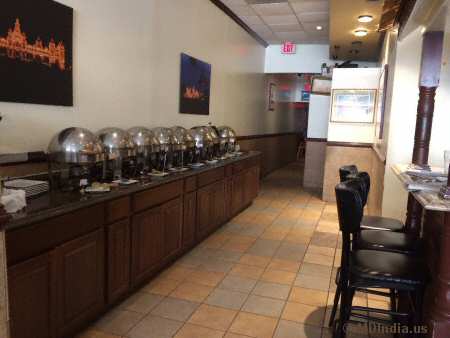 Buffet Counter
Like most Bethesda Indian restaurants, Shangri-La offers an all-you-can-eat buffet for $9.99 during lunch.

I find it impossible to resist an Indian buffet and before you can say "Bethesda" I found myself inside the restaurant.

During my visit, the restaurant had about 8-10 people.

It's hard to find an Indian buffet in the U.S. without Tandoori Chicken.

Ditto with Shangri-La too.

Tandoori Chicken had a smoky flavor, I will grant you that.

But it had none of the appeal, either in looks or taste of the Tandoori Chicken from the nearby Tandoori Nights. 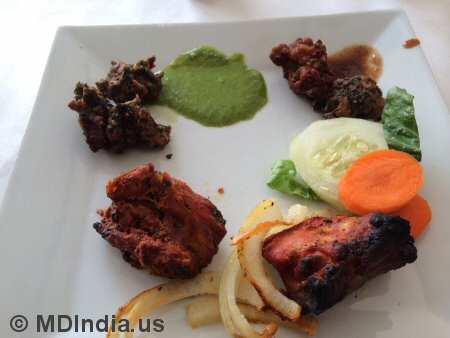 Pakora (top) Tandoori Chicken (bottom)
Pakoras at most Indian restaurants are an utter waste of time.

Tasteless monstrosities that serve no purpose!

And it was the same at Shangri-La.

If I had my way, I'd ban pakoras of the menus of all Indian restaurants.

Chicken Curry was so bland that I wondered what sin I had committed to taste such horrid stuff.

A good Chicken Curry is a spicy delight.

Must be my bad Karma, I consoled myself. 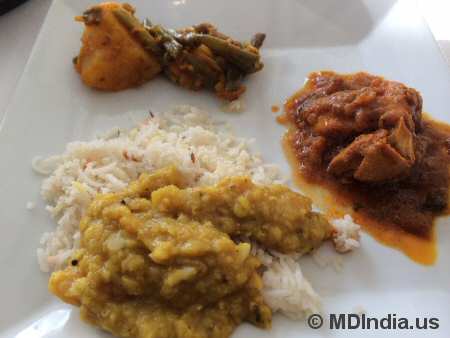 That's all I can say in its favor.

Nothing distinguishing about it. 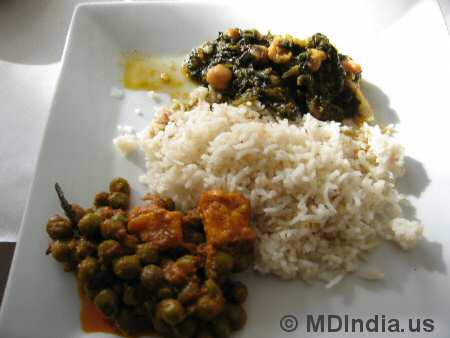 Dal was nothing but finely boiled yellow lentils sans any seasoning or flavor.

An Indian restaurant that can't get the commonplace Dal right is a disgrace and has no reason to exist.

Naan bread was served piping hot at the table and was not bad. 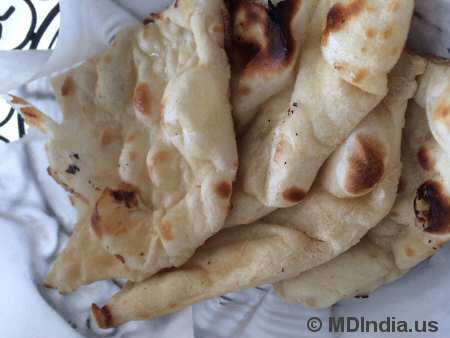 But it'd take a mighty special effort to screw up White Rice, right?

Rice Kheer was the sole dessert and it was lousy.

Rice Kheer
It was so low on sweetness that I wondered whether there was shortage of sugar at Shangri La.

There were no spoons/forks on my table and I had to grab them from an adjacent table. If you have a passionate love affair with Indian food like me, I recommend you run from Shangri La.

May the Lord strike me down if I visit Shangri-La any time soon.

Life is too short to be wasted on crappy Indian food! - © MDIndia.us